Governance refers to all processes of governing whether through laws, norms or power.   It is primarily about what the relevant “governing body” does, about the way the rules and actions are produced, sustained and regulated.   Wherever there is an overlap or absence of authority across sovereign states, global governance refers to the established (mediated) rights and obligations through which global collective interests are articulated.

Governance relating to the creation and regulation of public policy could be either private or public or both.  Private or quasi-private organisations are often involved in the making of rules and setting of standards which have binding effects on the general public.

Governance relating to the creation and revision of government regulatory policies concerning financial institutions attracted much recent public attention.  Regulatory governance reflects the tendency of decentred and mutually adaptive policy regimes to deal with complexity using delegated system of rules; in a system which is more complex, more global, more contested and more liberally democratic.  It is governance beyond the state, through which state regulation is a constitutive instrument of governance.  The development of the Basel Accords is one example.

The IGF has published several high impact research works and organised a number of policy fora that focus on these areas.

For further information in this area, please refer to the “Publications” and “Videos”.

Fariborz Moshirian, on CNBC, Discusses The Situation in Italian Politics

Professor Fariborz Moshirian, the Director of the Institute of Global Finance, UNSW, on an interview with CNBC on August 9, 2019, talks about the Italian Coaliton.

Fariborz Moshirian, on CNBC, Discusses about Suspending the UK Parliament

Professor Fariborz Moshirian, the Director of the Institute of Global Finance, UNSW, on an interview with CNBC on August 29, 2019, talks about suspending the UK parliament.

Fariborz Moshirian, on Bloomberg, Discusses about the Center Bank Independence

Professor Fariborz Moshirian, the Director of the Institute of Global Finance, UNSW, on an interview with Bloomberg on July 8, 2019, talks about central bank independence.

Mr. Ian Pollari, the Global Co-Head of Fintech at KPMG, gives a keynote address on "the evolution of Banking Business Models: Fintech and Digital Innovation" at the 31st Australasian Finance and Banking Conference.
Please click here to watch the speech.

Challenges and Opportunities in the Asia-Pacific
Director, NSW, Department of Foreign Affairs and Trade, Trudy Witbreuk

A major international Forum on global financial stability and global governance, in collaboration with the ADB, was held in February 2019.

Keynote by the Honourable Scott Morrison

The Honourable Scott Morrison, the then Federal Treasurer, gave a keynote at the 29th Australasian Finance and Banking conference on National and Global Financial Issues.

Fariborz Moshirian, on CNBC, Discusses the Possibility of a Second Brexit Referendum

Professor Fariborz Moshirian, the Director of the Institute of Global Finance, UNSW, on an interview with CNBC on June 7, 2019, discusses the possibility of a second Brexit referendum. He pointed out that many businesses in the U.K. 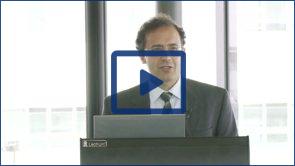 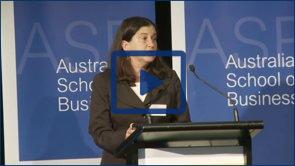 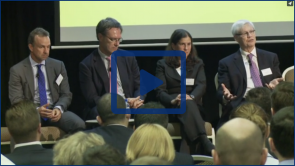