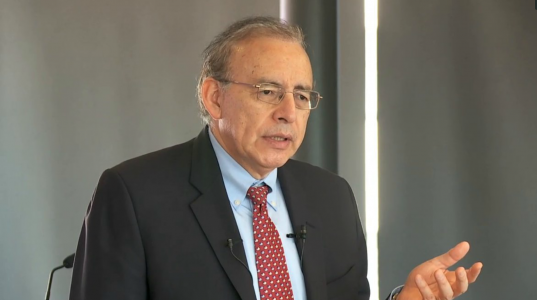 Watch the Interview of Dr Lopez-Claros

Dr Augusto Lopez-Claros, the Director of Global Indicators and Analysis with the World Bank, was interviewed by Professor Fariborz Moshirian, the Institute of Global Finance’s Director. The interview was conducted upon the launch of the World Bank’s ‘Doing Business’ Report (“the Report”). In particular, Dr Lopez-Claros addressed three key issues in relation to the report.

Firstly, Dr Lopez-Claros provided an understanding of the significance of the report. It was ascertained that the purpose of the report was to capture, and highlight the differences of, the quality of the regulatory environment for small to medium enterprises (“SMEs”) between 189 countries globally. Dr Lopez-Claros highlights the integral nature of a nation’s regulatory approach given its significant and direct impact upon the international competitiveness of a country’s businesses. Furthermore, he advocates the report has served as a key catalyst in shifting the stance of governments globally, towards adopting “Best Practice” in certain aspects of tier regulatory stance, ultimately fostering business creation. As evidence, he cites the narrowing trend in the “Time taken to start up a business” indicator, used to by the report as a measure of regulatory efficacy, in the worst performing quartile of countries.

Secondly, Dr Lopez-Claros addressed the shortcomings of the report, through a discussion of certain deficiencies in the indicators used by the World Bank to measuring the quality of a country’s regulatory environment. As a thematic concern, he submits that at present, the indicators utilised in the report are primarily targeted at accumulating and synthesising data on procedural efficiency. Given that this doesn’t provide a holistic view of the regulatory stance of countries, going forward, Dr Lopez-Claros indicates that World Bank seeks to incorporate data associated with the quality of the country’s business regulation into its indicators. To illustrate the World Bank’s progress on this front, he highlights the introduction of the “Getting electricity” indicator, introduced in 2011, as a means of addressing the deficiency in data on the quality of a country’s infrastructure, a key facet for business competitiveness. The “Getting electricity” indicator is aimed at measuring the time, procedures and costs associated for a business to connect to their country’s electricity grid. Despite its introduction being a progressive improvement in the effectiveness of the report, a key criticism, particularly by African nations, remained that relative to the cost of connecting to the grid, reliability of electricity supply was an issue of far greater prominence. Consequently, to address this issue, Dr Lopez-Claros has indicated that the World Bank seeks to incorporate electricity supply reliability into their “Getting Electricity” indicator.

Thirdly, Dr Lopez-Claros focused on the importance of Asia in relation to the report. As an initial point, he indicated that countries within Asia have exhibited varying degrees of performance in the report and explained this variation as owing to differences in income per capita, technological sophistication, productivity and lifestyle between countries. Overall however, Dr Lopez-Claros highlights that Asian countries hold a significant number of spots amongst the highest 20 scoring countries in the report, attributed to the government’s willingness to create a regulatory environment which fosters foreign investment and business creation in general.