the Remarkable Instability of Corporate Leverage 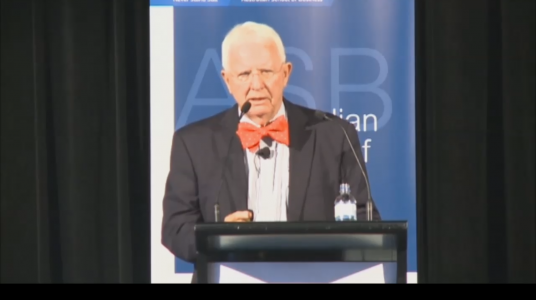 Watch the highlight of this event.

Professor Richard Roll was invited by the IGF to be the keynote speaker at the conference dinner of the Australasian Finance and Banking Conference (AFBC), which was held at the Shangrila Hotel, Sydney.  The topic of his speech was:

“The Remarkable Instability of Corporate Leverage”

Richard Roll holds the Joel Fried Chair in Applied Finance at UCLA Anderson. He is also a principal of the consulting firm, Compensation Valuation, Inc. His other business experience includes work for the Boeing Company where, in the early 1960s, he worked on the 727 and wrote the operating manual for the first stage booster of the Saturn moon rocket. During 1985-87, he was a vice-president of Goldman Sachs & Co., where he founded and directed the mortgage securities research group. He has been a consultant for many corporations, law firms, and government agencies, and has served on several boards.

Professor Roll was on the faculty at Carnegie-Mellon University, The European Institute for Advanced Study of Management in Brussels, and the French business school, Hautes Etudes Commerciales, near Paris. He joined the UCLA faculty in 1976.

He has published two books and more than 100 articles in peer-reviewed journals. His 1968 doctoral thesis won the Irving Fisher Prize as the best American dissertation in economics. He has won the Graham and Dodd Award for financial writing four times and the Leo Melamed Award for the best financial research by an American business school professor. Professor Roll is the past president of the American Finance Association and is a fellow of the Econometric Society. He has been an associate editor of eleven different journals in finance and economics.